Supported by HoLLT.net (AILA Research Network on History of Language Learning and Teaching).

Description: This panel session brought together a range of participants to discuss the history of language learning and teaching, in the UK and elsewhere. Details of the presentations can be found by clicking on the titles below. In some cases, powerpoint slides are also provided:
Introduction, in the context of the conference theme and recent work in the field of HoLLT 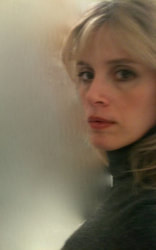 'For the attainment of the Italian tongue, in its greatest purity and perfection': Pedagogical methods and literary tradition in the Italian grammar books of Angelo Vergani (1791-1806)

During the last decades of the eighteenth century and at the beginning of the nineteenth century, Italian grammarian Angelo Vergani published a number of grammars books for both English and French speakers which were quite popular during the author's lifetime and also afterwards, through revised and expanded editions of his books by other authors. Our paper examines Vergani's works within the consolidated tradition of Italian grammar books for the use of both English and Frenchlearners that had created a prosperous and very competitive market. Our attention will focus on the first edition of his New and Complete Italian Grammar, published in Birmingham in 1795, and on the first edition of his Grammaire Italienne simplifiée et réduite en XX leçons, published in Paris in 1806. We shall examine the common elements and the differences between the two books, paying particular attention first to the role attributed to the Italian literary tradition as a source for the examples used in the books, then to the way in which Vergani promotes the legitimacy of his work and finally to the type of pedagogical exercises that are proposed to learners. Our aim is to identify both the language model as presented in the two grammar books and Vergani’s pedagogical methods, at a time when translation played a key role, which the rather extensive space devoted to the ‘thème’ as a key instrument to learning shows.
​
Powerpoint slides 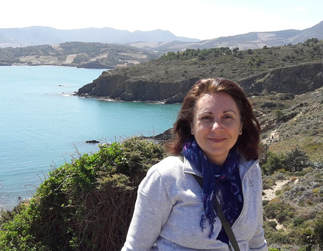 ​Dissenters, exiles, migrants and transcultural citizens; An insight into the history of Spanish teaching in England and the identity of the profession

​The internationalization of Modern Language teaching and related activities (translation, course books production, dictionary and lexicographical work) in England can be traced back to transnational exchanges associated with diplomats and merchants in the 15th century, reformers and non-conformists in the 16th and 17th centuries, political emigrés in the 19th century, as well as with intellectual and economic migrants in contemporary times. Among these, the long tradition of Spanish-speaking communities in England includes refugees from the Spanish Civil War in the 20th century, and latterly economic migrants from Spain and Latin America, learners of English and students, many of whom have embraced language teaching as a professional activity in their new social context.

In the 19th Century, language as the essence of national identity and the Volksgeist triggered interest in language education and the advent of linguistics as an academic discipline. Since then, modern languages practitioners, as cultural transmitters, have played a valuable role in shaping and influencing social, cultural and linguistic attitudes while belonging to communities of memory and establishing inter-connectedness among distinct worlds. Teachers of Spanish language, and modern language teachers in general, also represent a community of practice in itself whose experiences and observations are key to understand the impact of language policies and the complexity of language learning. Language becomes a marker of identity for language teachers, but in reality, their experiences transcend the limits of the “national” and reflect new forms of pluricultural identities in linguistic and intercultural spaces. Modern language teachers, represent undoubtedly the concept of “transculturality” as defined by the German philosopher Wolfwang Welsch (1995).

This talk gives an overview of the Spanish language teaching profession in England in the context of the consolidation of Spanish as an academic discipline. It also explores how the pluricultural identities and subjectivities of these professionals are shaped by language as well as by social, ideological and historical trends. 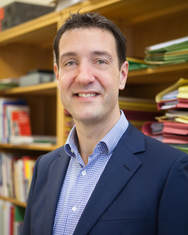 ​Teaching and learning French in England has always meant different things to different people at different times. In this paper, I use the modern concept of differentiation to review varying teaching practices across the centuries. At most times French in England concerned a small number of elite learners, but even prior to the 20th century will to universalism in modern languages, there were differences in pedagogical practices and teaching materials based on gender and professional status. From the “social anxieties of the Anglo-Norman elite, concerned that their children did not speak the prestigious French of Paris” (McLelland, 2017, p. 219) through the Renaissance rise in the vernaculars and their subsequent “grammatisation” (Auroux, 1994) to the familiar grammar-translation method of the 19th century, I show how the emphasis from speaking to writing developed in accordance with shifting target public and wider societal changes affecting how language and education are perceived, particularly in the English school system. As formal education generalised from the 18th century and especially the 19th century the question of who should study French and for what reason generated further debate around the purposes of language teaching to different contingents, based essentially on social class and gender within a relatively fixed social hierarchy. Later the meritocratic notion of innate ability would further support arguments for differentiated provision. My central problematic is that language learning is always rooted in complex matrix conditions, and some of these that affect teaching practices in French can be understood as the legacy of material and epistemological history. 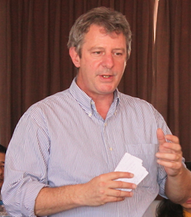 Languages Britain – The Leathes Report (1918) in its time, and ours

​The 'Leathes Report' (1918) was a very comprehensive government report concerned with the status and goals of modern language teaching in Britain, in schools, universities and adult education. In this paper I highlight some aspects of the report, particularly methodological and relating to contents and goals of instruction, as a foil for reflection on similar issues today. As well as apparent parallels, I emphasise both dangers of anachronism and possibilities of unexpected insight arising from consideration of differences between Leathes' world and ours. For example, the 'ideal of humane learning' posited in the report was a child of its time – or was it? And what of the report's apparent approval both of phonetics and of translation? Where do we place these now? Consideration of the wider range of languages now accessible to learners in Britain is also necessary, as may be questioning of priorities given to 'national interests' and of the nature of the respective 'crises' facing modern languages in 1918 and 2018.

Reference:
[Leathes, S. et al.]  (1918). Report of the Committee Appointed by the Prime Minister to Enquire into the Position of Modern Languages in the Educational System of Great Britain. London: His Majesty's Stationery Office.
​
Powerpoint slides
Powered by